From version 1.0.171, WFilter free is able to block bittorrent traffic on network. In this guide, I will demonstrate you to block torrent downloading with WFilter free edition. 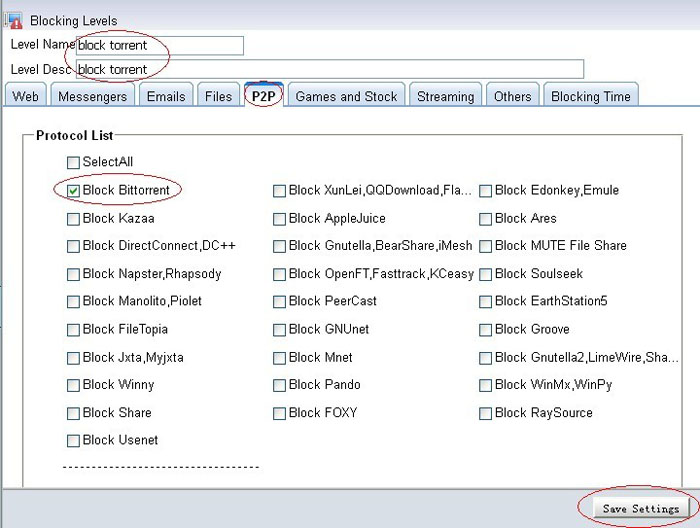 2. Define ip ranges to be blocked. 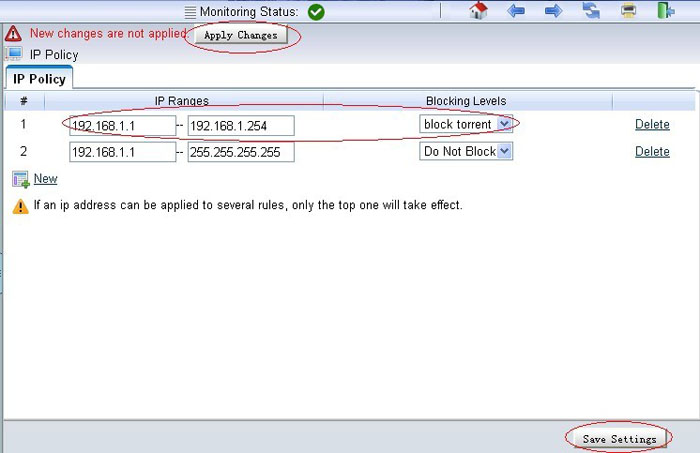 Check WFilter’s blocking history logs, you will be able to see events of torrent blocked.

Since most wireless network cards do not support “promiscuous mode”, it becomes complicated to deploy internet monitoring and filtering in a wifi network.

In this blog, I will list three common solutions for wifi network monitoring.

In case you have an upper layer device with “port mirroring” feature, you can deploy WFilter in the upper layer. Check this solution: WFilter deployment in a wireless network

This solution is helpful when you only have ONE wireless router in your network, it’s rather simple for WFilter deployment. This solution rather helps when you don’t have a port mirroring switch or router.

Check this solution at here: A simple deployment of WFilter with wireless router

4. Turn your PC into a Wi-Fi HotSpot to deploy WFilter

You can turn your windows PC into a wifi hotspot, so clients connected to this wifi hotspot can be monitored by WFilter.

Check this solution at here: Turn your PC into a Wi-Fi HotSpot to deploy WFilter

5. Reflash your router into an embeded linux system.

If none of above solutions works for you, you can choose to reflash your router into openwrt/ddwrt/tomato/gargoyle firmware. These firmware allows you to install software port-mirroring solutions.

Here is a guide: WFilter deployment with openwrt router.