Some users get confused about “WFilter ICF”(WFilter Enterprise) and “WFilter NG firewall”, so in this topic I would like to discuss the difference about these two products.

The first, you need to confirm your requirement. If you only need “internet access control”, both “WFilter ICF” and “WFilter NG firewall” can satisfy you. If you also need “bandwidth shaper” or VPN features, you need to choose “WFilter NG Firewall”.

The second, you need to choose the prefered deployment. In case you don’t want to change current network topology or add a new network device, you need to choose “WFilter ICF” which can be deployed with your current topology unchanged. If you agree to replace your current router/firewall, or add a transparent network bridge, please choose “WFilter NG firewall”.

The third, please be aware that WFilter ICF is a windows software program, which can be installed instantly. While WFilter NG firewall is an operation system, you need a dedicated PC and burn a CD or usb stick to install it. 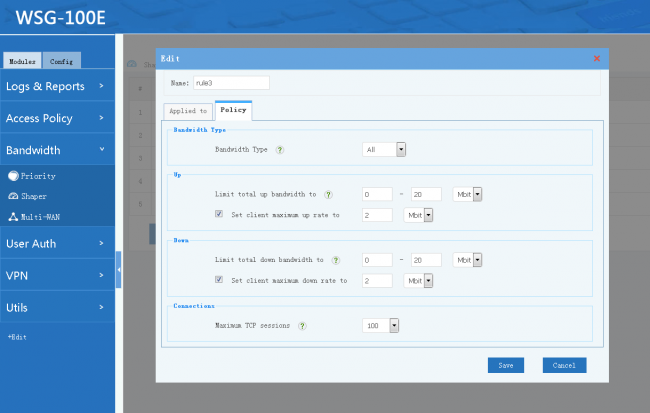 In each policy, you need to define total UP and DOWNLOAD bandwidth for this rule. If this rule is applied to multiple clients, all the clients share the defined TOTAL bandwidth. Please note: “ the minimum bandwidth defines the static allocated bandwidth, while the maximum bandwidth is dynamic allocated.”

All clients applied by this rule have fair bandwidth sharing. You may also enable “client maximum rate” if you want to limit bandwidth rate for each IP.

In “ISP” module, the “Rate Limit” policy has the same settings as “bandwidth shaper”, as described in above. 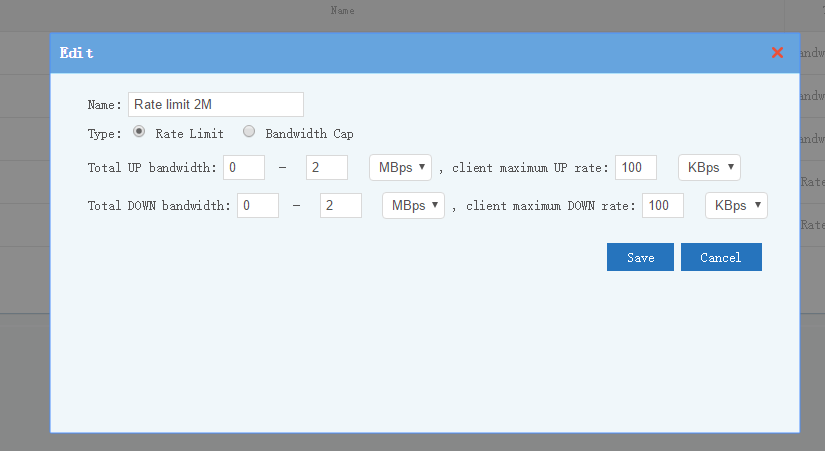 How to monitor network traffic and bandwidth usage?

How to monitor internet activities in lan network?

How to monitor internet bandwidth usage on network?

How to block and filter websites in network using software?

How to track internet usage of network clients?

How to scan DHCP Server with WFilter?

How to scan network devices with WFilter free?

How to block torrent downloading with WFilter Free?

How to block facebook on network with WFilter free?