Company A use ISA server 2004 as the proxy server, a cisco 2950 switch as the central switch. 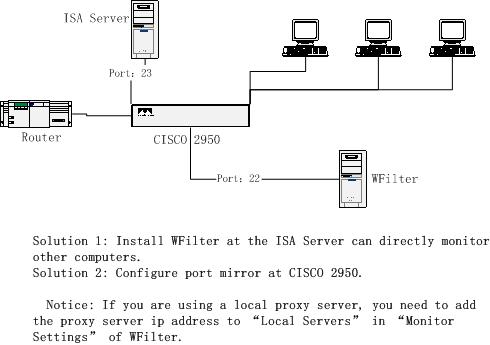 For this kind of topology, we have two solutions:

Solution 1: Install WFilter at the ISA server computer can directly monitor all computers.

Solution 2: Install WFilter at another computer and configure port mirror at cisco 2950.

How to configure port mirror of CISCO 2950?

2. Set port 22 as the destination port

Notice: By default, the mirror port of cisco 2950 is recv-only. However, WFilter shall be able to send packages to implement block features. So in this example, we add “ingress vlan 1″ to enable send of port 22.

3. Add a network card in the computer with WFilter install on, connected to a normal port of the switch.

4. Change the “blocking adatpor” to the new added adaptor in “Monitor Settings” of WFilter.

Some employees will spend a lot of time searching and watching such materials at work time, even worse, they will download copies of copyrighted popular music and movies, sharing of these copies among strangers is illegal in most jurisdictions.

So it is important for organizations to block online streaming, block internet radio, block p2p traffic, monitor Internet access to guard against unauthorized share or leak and enhance efficiency use of enterprise resources. 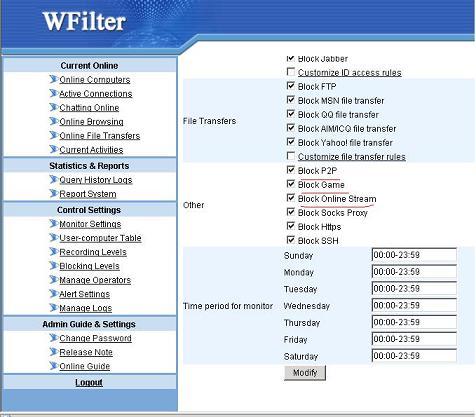 WFilter also has complete protocol reports for you. 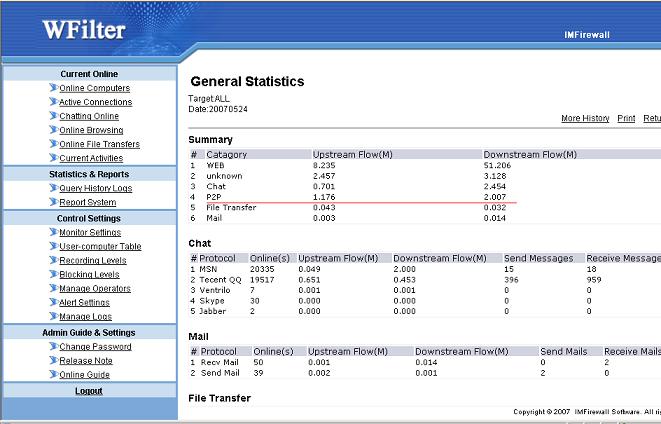 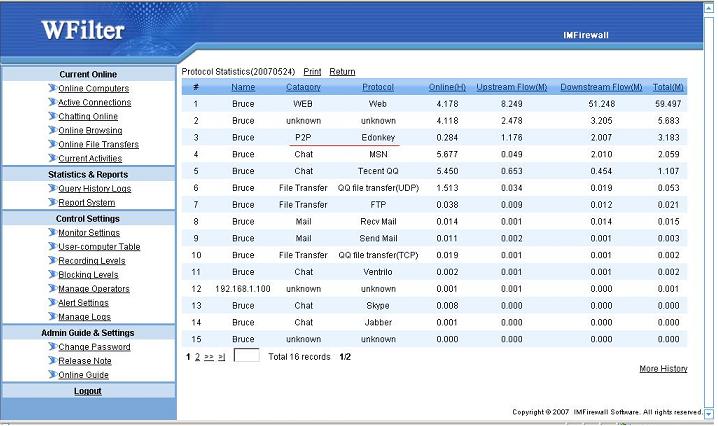 You also can use WFilter to monitor chat, monitor email, block messenger, block p2p and implement an internet access policy.

Most monitoring softwares require a broadcasted hub or a port mirror switch, or the monitoring program need to be installed at the proxy server.

If you don’t want to buy additional device and change your network topology, IMMonitor provides an arp-spoof tool to help you. However, we recommend you use a port mirror switch for long term use because arp-spoof will has some shortcomings:

Always do not spoof more than 30 computers and keep your computer stable. If your computer hangs or power off when spoofing, the computers being spoofed will lose connections.

You need to restart your computer for the first time running arp-spoof. After restart, run arp-spoof again, choose your adaptor and set the mode to “Full duplex”, check the computers you want to spoof and click “Start ARP Spoof”. 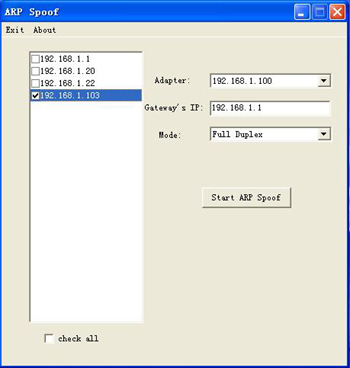 Open IMMonitor console with ARPSpoof running, set “Mode” to “By IP Address” in “Monitor settings”. Then open “Online Computers” of IMMonitor, you will able to monitor other computers.

It’s also important for parents to monitor kids chat activities to protect them.

Here I give a short description of how to using IMMonitor to monitor chat in your network:

To install IMMonitor, please read How to install and deploy IMMonitor first. 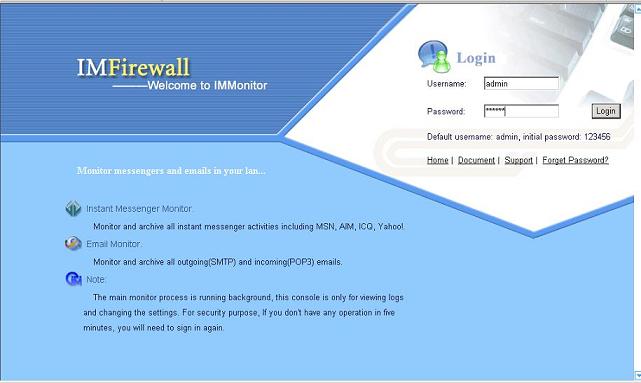 After login, you will be able to see all online computers detected. If you can not see other computers in your network. Your deployment of IMMonitor is possibly to be incorrect. Please check “How to deploy IMMonitor” chapter in “Getting started with IMMonitor”. 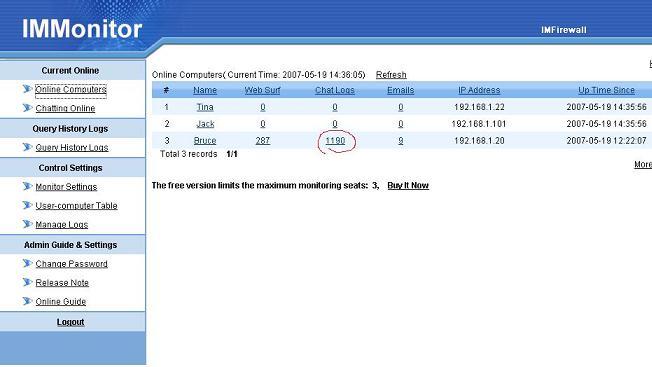 The figures under “Chat logs” will show monitored chat message number. Click the figure you will be able to see all messenger id which have been used in this computer. 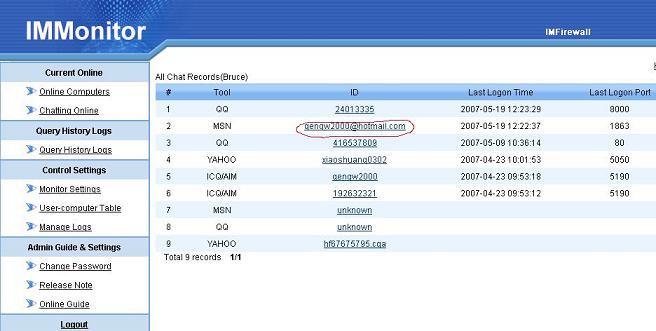 Click a messenger id and choose a date, you may see all chat history logs and chat content in that day of this id. 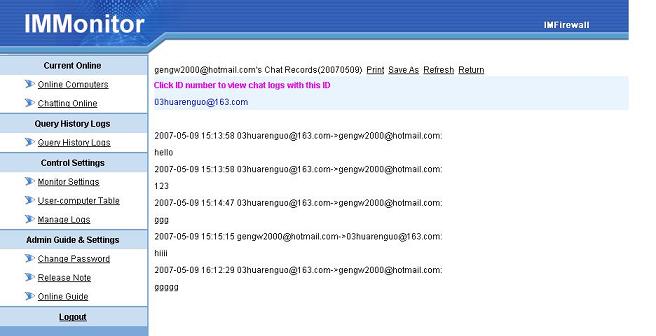 Incorrect deployment of IMMonitor will no be able to monitor others computers, it is important to read “Gettting started with IMMonitor” first.