This tutorial will guide you to add a logo image with “WFilter Enterprise 3.3″.

1. It is simple to add your logo when you have a website with this image. As you can see in below figures, just click “Add image” and input your logo url when editing a denial page. 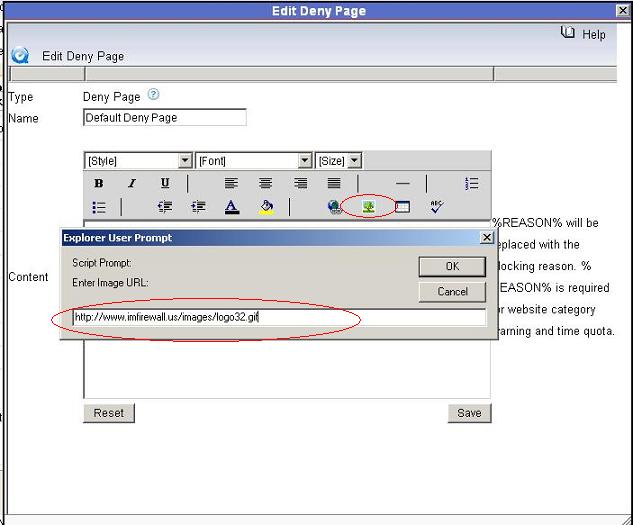 2. However, if you don’t have an available website, you need to upload your image file to WFilter “image” directory for WFilter to find it. Please follow below steps:
1). Copy your image file to “www/image” directory of WFilter.
2). Click “Add image” in certain denial page, please notice you need to input full url address of your logo here. For example, if the IP address of WFilter computer is “192.168.1.20″, you need to input “http://192.168.1.20:9090/image/yourlogo” here. Do not use “http://localhost:9090/image/yourlogo”. 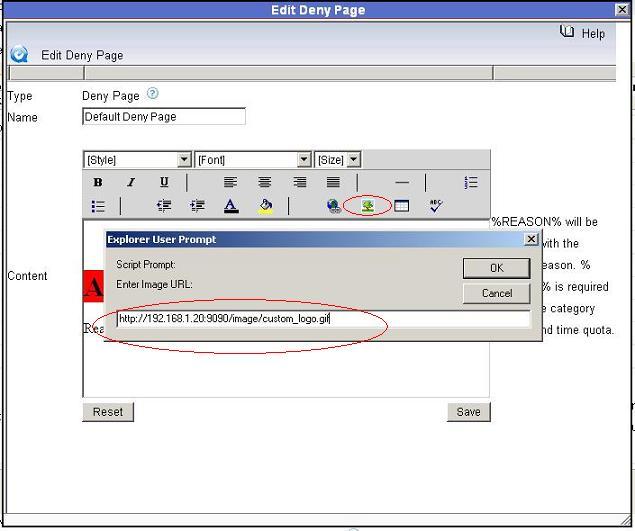 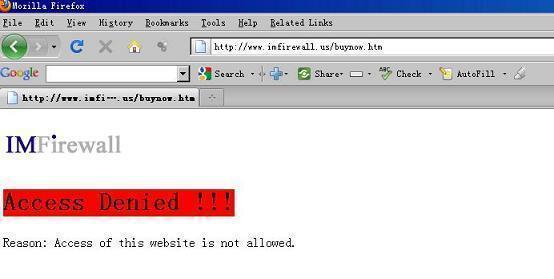 3. If you’re familiar with HTML code, you also can edit the
denial page source manually in “config/Denypage” directory of WFilter.

More information, please check “WFilter Enterprise”.
Other related links:
How to block internet downloading?
How to monitor internet usage on company network?
Internet monitoring software for business
How to filter web surfing?
How to block websites and restrict internet access?

1.  Monitoring with a manageable switch.

A typical network contains both wired and wireless networks: 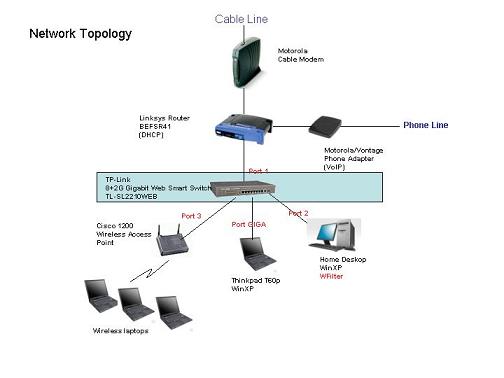 Because port mirroring can not mirror wireless traffic, we need to setup port mirroring in the wired part. In this example, we add a manageable switch TL-SL2210WEB between the router and wireless AP to mirror the AP’s traffic. 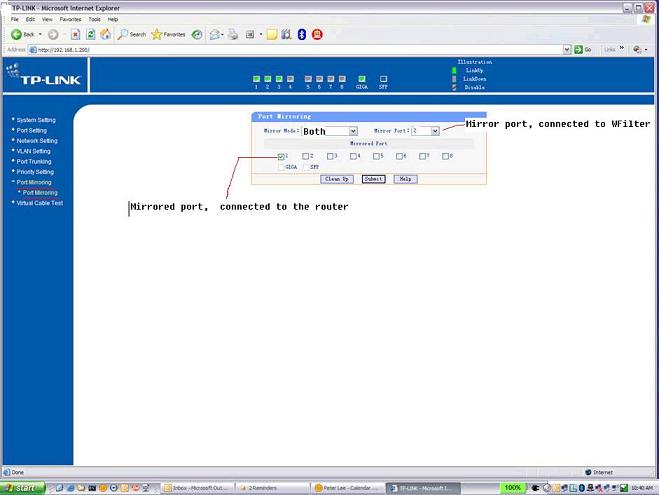 By now, you can monitor all the wired and wireless computers.

2. Deployment with a proxy server.

If you don’t have an available manageable switch, you also can do monitoring in a local proxy server.

As in the below figure, by setting up a proxy server and install WFilter in the proxy server, computers using this proxy server to access internet will all be monitored.

Please refer to “Deploy WFilter with a Proxy Server” for more information.

Skype is software that enables you to make free video and conference calls, send instant message and share files with other Skype users. Skype uses both TCP and UDP to communicate with dynamic ports, which makes it difficult to block it. For more details about skype protocol, please check: Skype protocol.

2. How block Skype with Wfilter ?

WFilter makes it simple to block skype traffic in your network from a central server. However, because WFilter is a pass-by filtering product, it can only detect and block skype TCP traffic. So you also need to block UDP ports 1024-65534 in your router of firewall. For more information about “pass-by filtering”, please check: What is the difference between passby filtering and passthrough filtering? 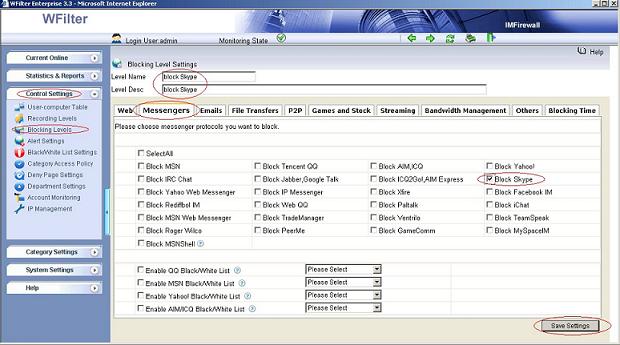 (2)Apply blocking level to computers you want to block. 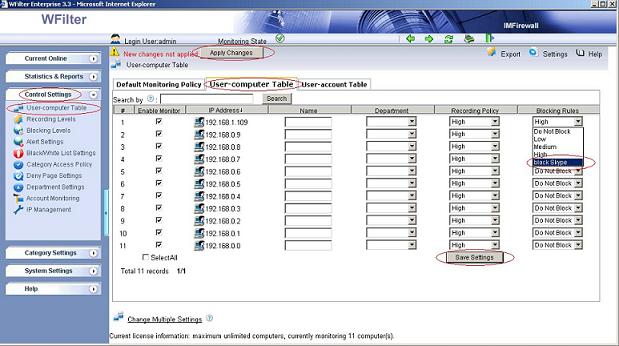 (3)Now skype will not able to connect anymore 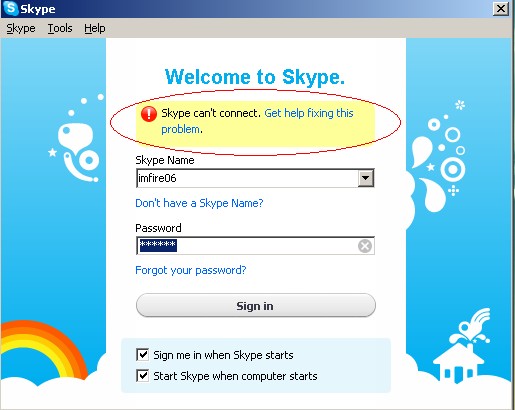 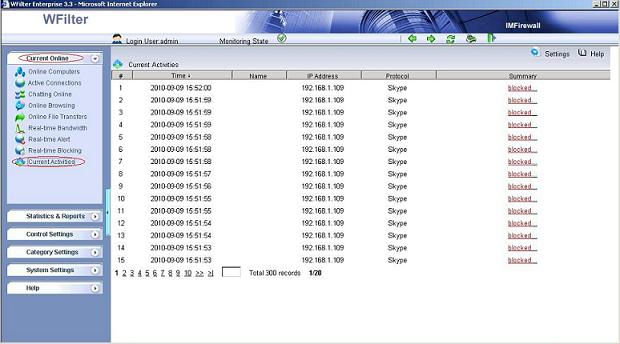 However, because a Pass-through product “stops and checks” network packets, it is unavoidable to make slight delay to your internet access. And, when a pass-through filtering product stops working, you will lose your internet connection.

1. Port mirroring is required for pass-by filtering, you can not monitor or filter your network without a manageable switch.

2. A pass-by filtering product sends RST packets to terminate TCP connections, however, UDP traffic can not be blocked by pass-by filtering. Usually, you also need to block certain UDP ports in your router for completely blocking.

3. Traffic shaping and QoS is unavailable in pass-by filtering, since it only deals with copies of network packets.