Many people might eager to know how to block PPS in their network. Because their roommates or family members eat up their bandwidth by using PPS. And the reason why it is hard to block PPS is it can use any random port.

PPS (PPStream) is a Chinese peer-to-peer streaming video network software. Since the target user is in Chinese mainland, there is no official English version, and bast majority of channels are from Eastern Asia, mostly Mainland China, Korea, Japan, Hong Kong, Taiwan and Singapore. Channel varieties vary from Chinese movies to Japanese anime, sports channels, as well as American popular TV and films.

It broadcast TV programs stably and smoothly to broadband users. Compared to traditional stream media, PPStream adopts P2P-streaming technology and supports high-volume traffic with tens of thousands of users online at once.

How to block PPStream with the help of WFilter? 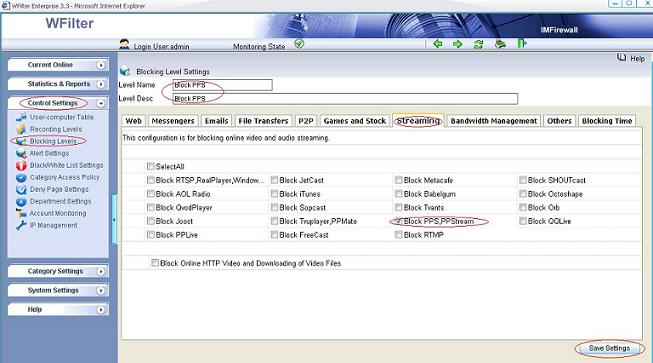 3. Apply blocking level to the computers you want to block. 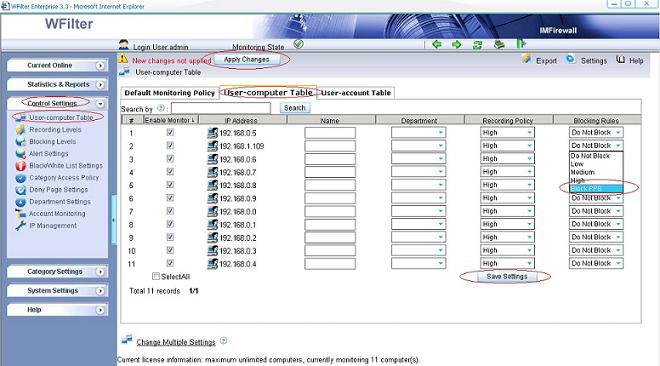