This document decribes a new deployment of WFilter in a wireless network. The solution is to turn the wfilter computer into a wifi hotspot. So wfilter can monitor wifi clients using this hotspot.

Please notice: this solution uses the wireless adapter of the wfilter computer to share internet connections, its wifi signal might not be so strong as your wireless router.

Please check below steps to creating wi-fi hotspot in win8 enterprise. The detailed steps might be different in other windows versions.

1). This desktop has a wireless adapter.

5). Open your wifi’s property to enable internet connection sharing to the virtual adapter. 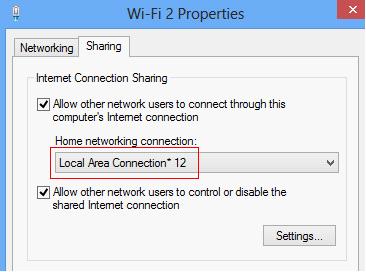 Now you shall be able to see the new wifi hotspot in mobile devices. Clients using this hotspot can be monitored by wfilter.

There are several other ways to create a wifi hotspot, you may do it in a way you like.

2). Choose “pass-by mode”, set the wireless adapter as the “monitoring adapter” and “blocking adapter”, check “this adapter is wireless”. 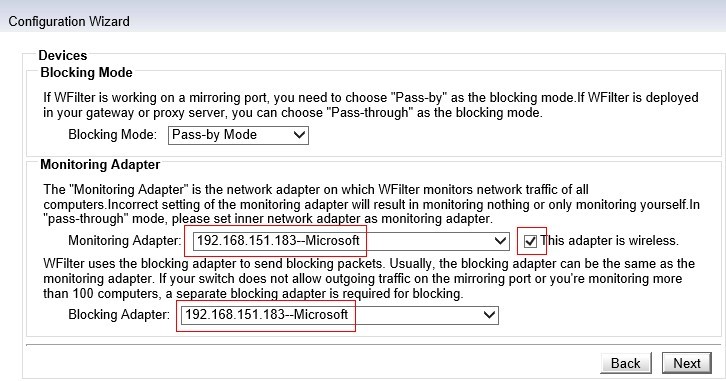