To save internet bandwidth and raise productivity, administrators need to know bandwidth usage and internet activities in business networks. There are network firewall appliances with this ability, while in this post, I will introduce several software monitoring solutions. 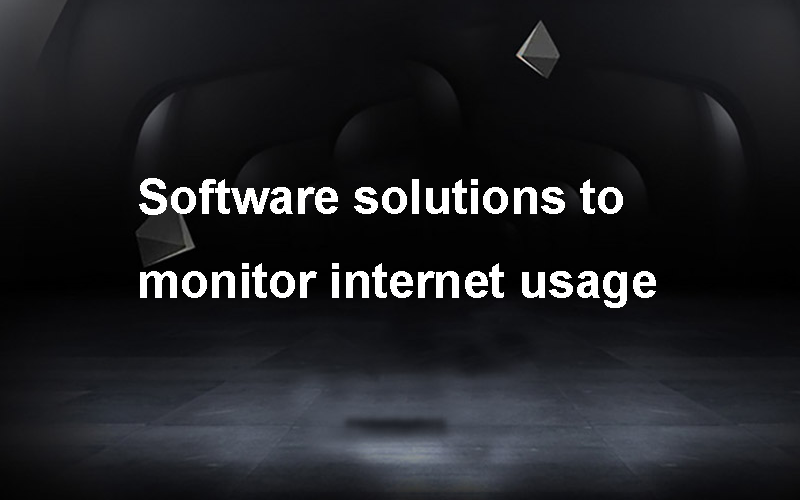 1. Passby monitoring on a mirroring port.

“Port mirror” is a feature of manageable switches or routers. With “port mirroring”, you can get a copy of packets from other ports. So you can setup a software program in the target port pc to monitor all network traffic. This is called as “passby monitoring”. The network diagram: 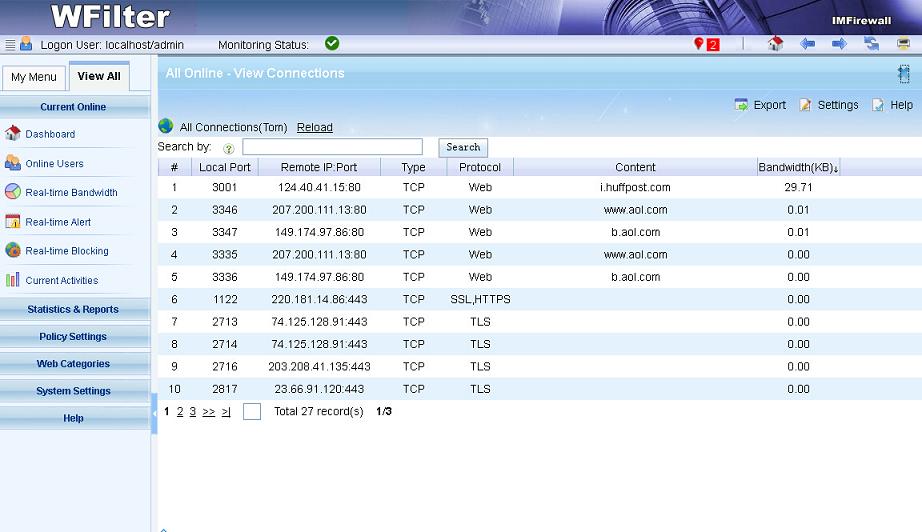 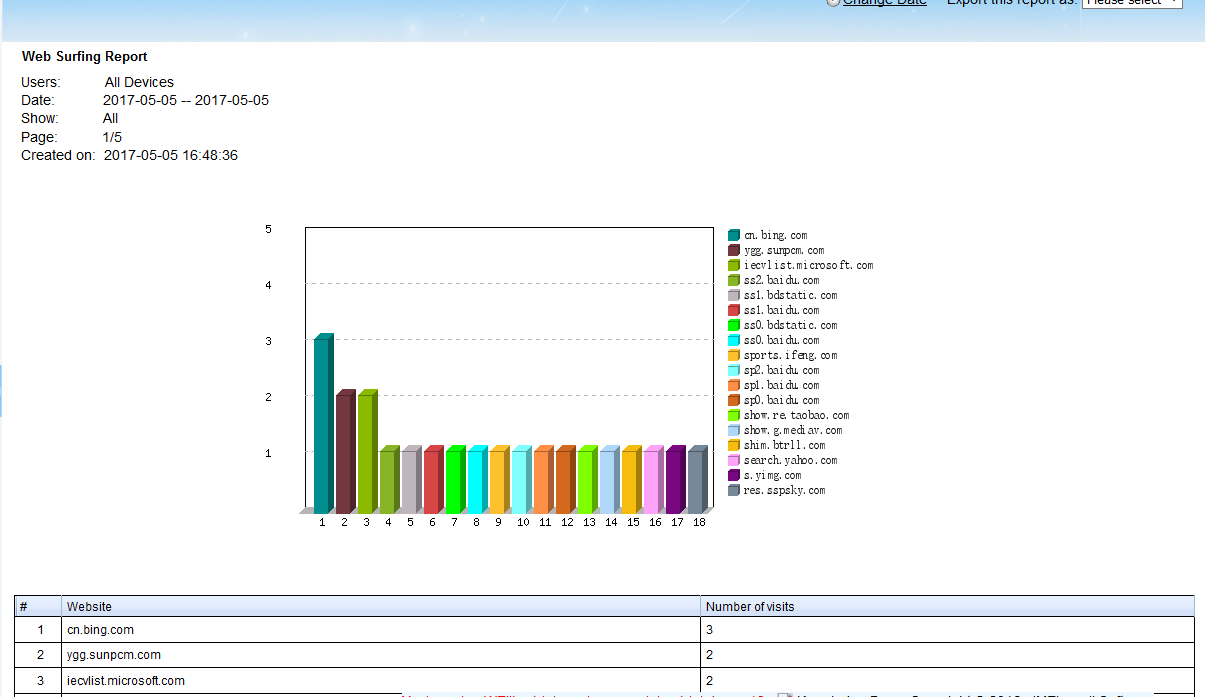 Comparing to “port mirroring”, SNMP-based monitoring is easier to setup with less features. However, it’s also very convenient to monitor bandwidth with SNMP. Below are screenshots from PRTG.

Network bridge is more powerful,  with the ability to monitor traffic, allocate bandwidth, filter internet activities… A network bridge shall be deployed between your router/firewall and switch. 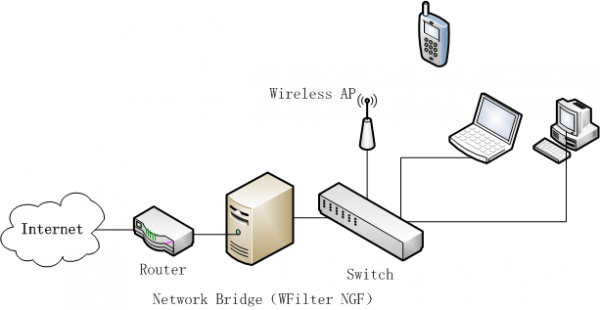 To setup a network bridge, you need a pc with two network cards(wired adapters only). I would recommend you to use WFilter NG firewall as the operation system. It’s a dedicated linux distribution for internet content filtering and firewall. Below are screenshots from WFilter NGF: 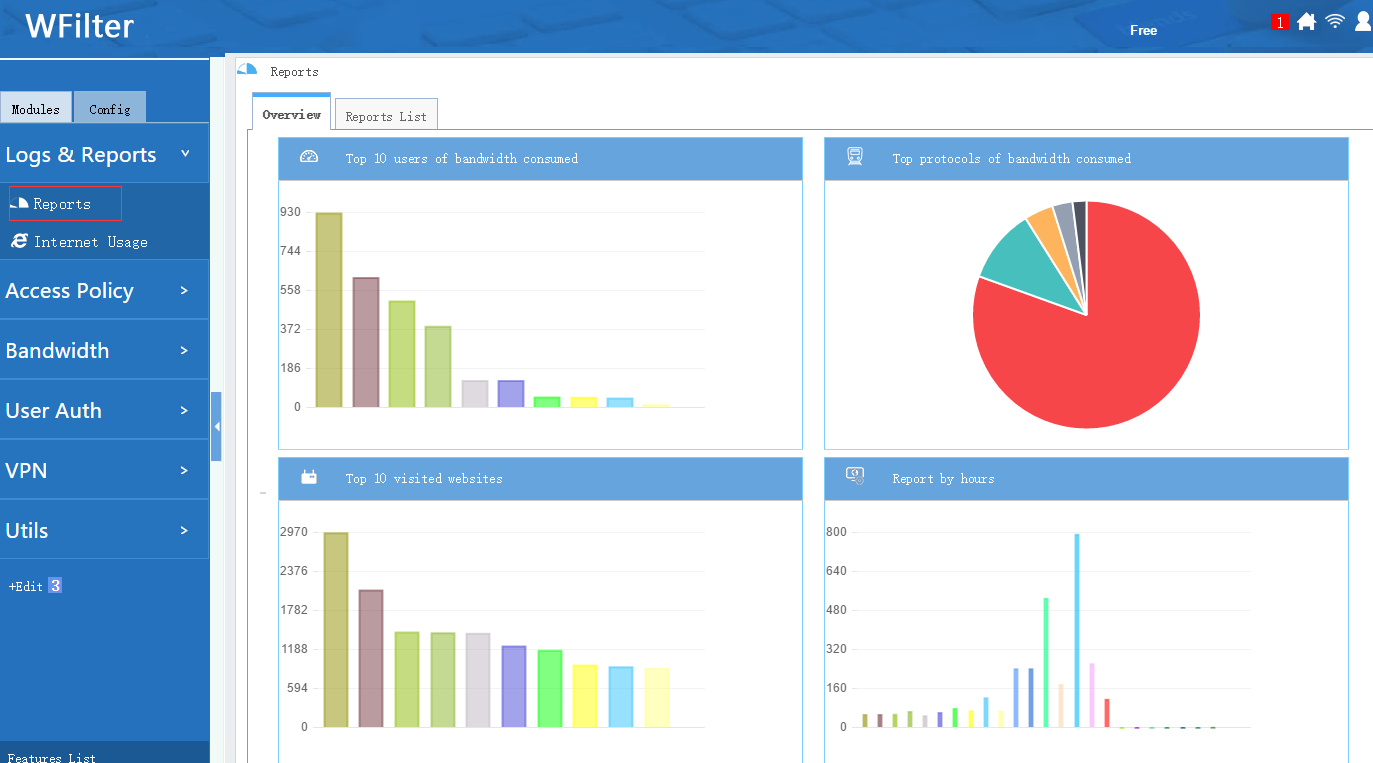 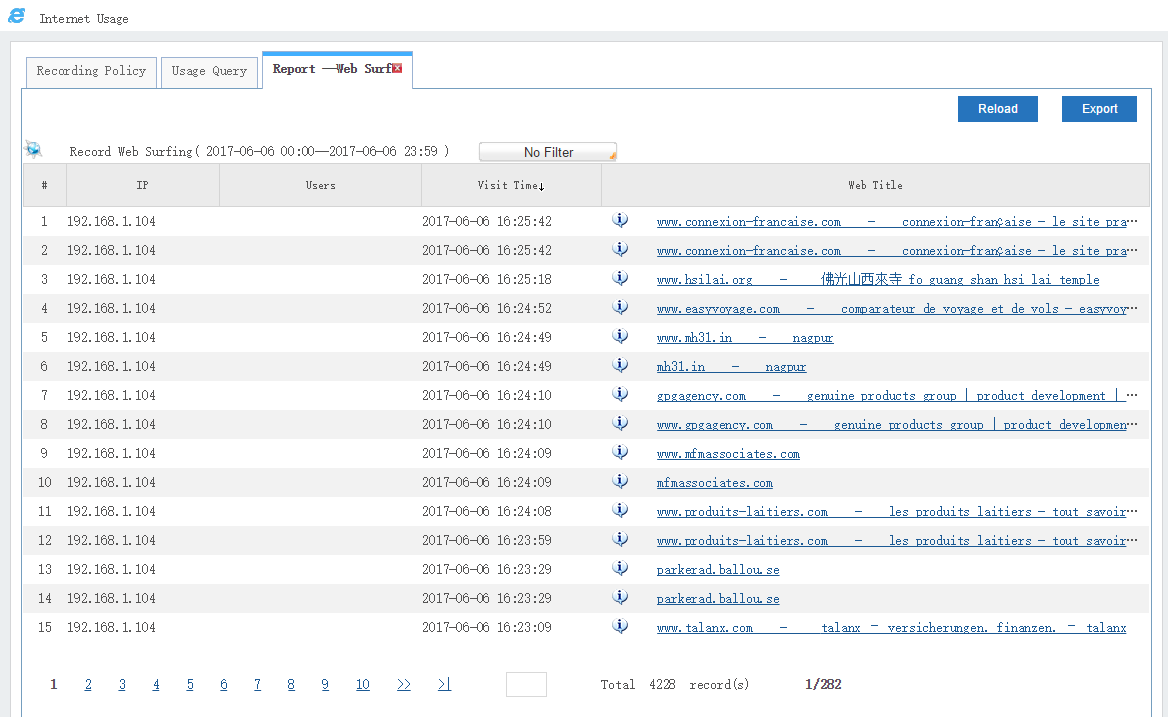 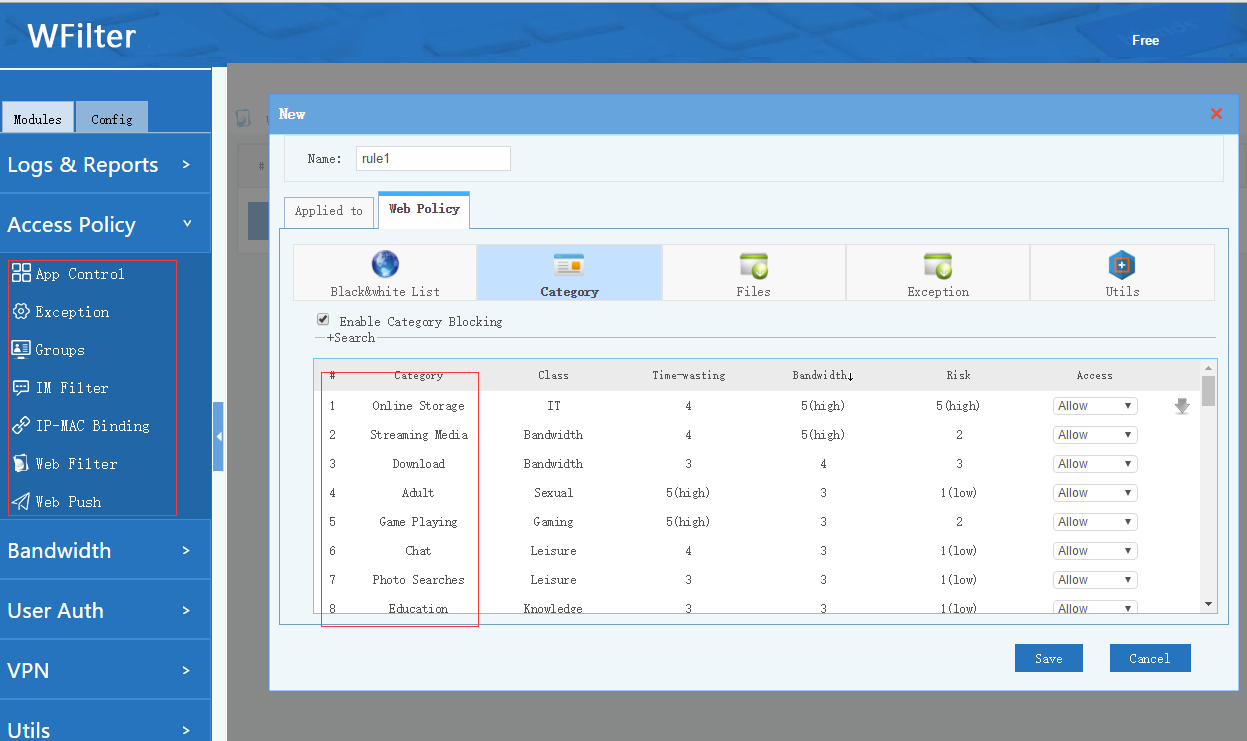